Generally, data is a set of factual information based on numbers, words, observations, measurements that can be used for calculation, discussion and reasoning.

Structured data is formatted in tabular form, highly recognized and easily searchable, whereas, unstructured data is unformatted, unorganized and cannot be processed and analyzed by using conventional methods.

It is a process of forecasting the class of given data points. Classification belongs to a supervised machine learning category where the labeled dataset is used. We must have input variables (X) and output variables (Y) and we applied an appropriate algorithm to find the mapping function (f) from input to output. Y = f(X).

Before discussing the machine learning algorithms used for classification, it is necessary to know some basic terminologies.

Some examples of classification problems are given below.

Some popular machine learning algorithms for classification are given briefly discussed here.

It is a machine learning algorithm used for classification where the likelihoods relating the possible results of a single test are modeled using a logistic function.

Logistic regression is most appropriate for understanding the impact of numerous independent variables on a single result variable.

Whereas, linear regression is mostly used for predictive analysis. It is a linear approximation of a fundamental relationship between two or more variables.

The main processes of linear regression are to get sample data, design a model that works best for that sample and make a prediction for the whole population.

Naïve Bayes is a probabilistic illustration that is based on Bayes’ theorem and statistical independence hypothesis of random variables instead of measuring full covariance matrix.

It perfectly works in many real-life situations like spam filtering and text classification.

Naïve Bayes algorithm is very fast as compared to other methods that need a slight amount of training data to evaluate the essential parameters.

It can be used for binary as well as multi-class classification. It has various types such as Bernoulli, Gaussian, and Multinomial Naïve Bayes.

Decision Tree is used for both classification and regression.

Generally, it is used for attribute selection. Decision Tree has an internal and leaf node.

Internal node shows an attribute and each attribute has its own value like true or false, whereas, leaf node shows as a class label like positive or negative.

It is very simple which requires small data preparation.

This algorithm can handle categorical data as well as numerical data. It is basically used for predicting a class or value of targeting variables by learning decision rules gathered from training data.

Support Vector Machine (SVM) is a non-probabilistic supervised machine learning algorithm that is more powerful for classification and regression.

It is described in input and output format where input is vector space and output is positive or negative.

Random Forests is a supervised machine learning algorithm that is used for classification and regression as well.

It produces a set of decision trees from an arbitrarily selected subset of training set then sums the divisions from various decision trees to elect the final class of the experimental entity.

It is a very simple and resourceful approach to fit linear models mostly when the quantity of samples is very bulky.

The main advantages of Stochastic Gradient Descent are its proficiency and ease of implementation.

Apart from this, it has few demerits such as sensitive to feature scaling and it requires a number of hyperparameters like a number of iterations and regularization parameters.

KNN belongs to a supervised machine learning field that can be utilized for both regression and classification.

It is simple to implement and mostly used in data mining, banking system, intrusion detection, and pattern recognition. 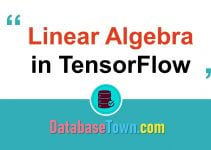