Q1. What is Data Science?

Data Science deals with the processes of data mining, cleansing, analysis, visualization, and actionable insight generation. Data Science is the mining and analysis of relevant information from data to solve analytically complicated problems. It is the most widely used technique between Artificial Intelligence and Machine Learning. For example, when you logged on any e-commerce website and browsed some categories and products before purchase, you are generating data, which will be helpful for analysts to know your behavior about purchase.

Q2. What are the differences between supervised and unsupervised learning?

Supervised machine learning can be categorized into the following:-

Un-supervised machine learning can be categorized into the following: –

Q3. What are Recommender Systems?

A subclass of data sifting frameworks that are intended to anticipate the inclinations or evaluations that a client would provide for an item. Recommender systems are generally utilized in music, pictures, research, news, articles, social labels, and so on.

Q4. Can you utilize machine learning for time series analysis?

Yes, machine learning can be utilized for time series analysis but it depends on the applications.

Q5. How will you assess the statistical importance of an insight? whether it is a real insight or just by chance?

By utilizing Hypothesis Testing, we can assess the statistical significance of an insight.

Q6. For text analytics, Python or R which one would you give the preference?

Python is the best choice for text analytics as it has Pandas library that provides easy to use data structures and better performance data analysis gadgets.

Q7. Which method is utilized to forecast categorical responses?

Q8. What are the basic expectations to be made for linear regression?

Q9. What is the difference between Data Science and Machine Learning?

Data Science deals with the processes of data mining, cleansing, analysis, visualization, and actionable insight generation, whereas, Machine Learning is the part of Data Science which enables the system to process datasets autonomously without any human interference by utilizing various algorithms to work on massive volume of data generated and extracted from numerous sources.

Q10. What is the formula to calculate R-square?

R-Square can be calculated as:-

Data Scientist must have the basic knowledge of mathematics, computer programming and statistics to solve the complex data problems in an efficient way to boost the business revenue.

There are two basic models of Machine learning are:-

Q13. Do you know about Interpolation and Extrapolation?

Q14. What are the basic benefits of Data Science?

Q15. Do you know power analysis?

Power Analysis is an experimental design method for determining the effect of a given sample size.

Q16. What are the basic expertise required for Data Science?

Q17. What is Collaborative filtering?

It is used by the recommender systems to find patterns or information by collaborating viewpoints, several data sources and various agents.

Q18. What are the top tools utilized in Data Science?

Q19. Are expected value and mean value different or otherwise?

Q20. What are the main processes of Data Science?

Q21. Is data cleaning plays an important role in analysis?

Amazon – Amazon is a worldwide online business and distributed computing mammoth that is contracting data scientists on a major scale. They hire a data scientist to get some answers concerning the client mentality, upgrade the geographical contact of both the web based business area and cloud space among different business-driven objectives.

Visa – It is online money related portal for the majority of the organizations and Visa does exchanges in the scope of several million throughout a day. Because of this, the necessity for data scientists is colossal at Visa to create more income, check false exchanges, and alter the items and administrations according to the client prerequisites.

Q23. What is the difference between univariate, bivariate and multivariate analysis.

Q.24 What is the difference between Cluster and Systematic Sampling?

Cluster sampling – It is a technique which can be utilized used when it becomes hard to study the target population spread across an extensive area and simple random sampling cannot be functional.

Systematic sampling – It is a statistical technique which can be utilized where elements are nominated from an ordered selection frame. Equal probability is the best example of systematic sampling.

Gradient descent methods don’t always converge to the same point as in few cases it reaches a local minima or a local optima point but we don’t reach the global optima point as it based on the data and starting situations.

Q26. What is the basic purpose of A/B Testing?

Basically, A/B Testing is a statistical hypothesis testing for randomized research with two variables A and B. The basic purpose of A/B Testing is to recognize any changes to the web page in order to increase or maximize the result of interest. For instance, recognizing the click-through rate for a banner advertisement.

Q27. What is Machine Learning?

Machine Learning is the part of Data Science which enables the system to process datasets autonomously without any human interference by utilizing various algorithms to work on a massive volume of data generated and extracted from numerous sources. A social media platform i.e. Facebook is a decent example of machine learning implementation where fast and furious algorithms are used to gather the behavioral information of every user on social media and recommend them appropriate articles, multimedia files and much more according to their choice.

Q28. What are the applications of Data Science?

Q29. What is the difference between a Test Set and a Validation Set?

Q30. How can you assess a good logistic model?

Q31. What is the basic objective of clustering?

The basic aim of clustering is to group the related entities in a way that the entities within a group are alike to each other but the groups are dissimilar from each other. In K-Means clustering, “K” defines the number of clusters.

Q.32 What is the difference between Eigen Value and Eigen Vector?

Eigen Vectors are used for understanding linear transformation and we usually calculate the eigenvector for correlation or covariance matrix, whereas, Eigen Value can be referred to as the strength of the transformation in the direction of Eigen Vector.

Q33. What steps are involved in making a Decision Tree.

Q34. Do you know about selective bias.

Selection bias is a problematic situation in which error is launch due to a non-random population section.

Q35. What types of biases can occur during sampling?

Q36. What are the different kernel functions in Support Vector Machine?

Q37. What is pruning in Decision Tree?

The process of removing sub-nodes of a decision node is called pruning or reverse process of splitting.

Q38. What is deep learning?

Q39. What statistical methods are useful for data-scientist?

Q40. What tools are utilized for data analysis?

Q41. What are the properties of clustering algorithms?

Q42. In how many domains Time Series Analysis performed?

Time Series Analysis can be performed in the following two domains:- 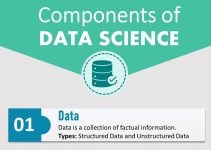