In this modern era, the role of automated machines is becoming inevitable day by day. In every walk of life, numbers of technological and mechanical machines are working to facilitate the humans with the help of Artificial Intelligence.

The robotics and artificial intelligence are the two different fields of technology and engineering. Combinations of these two fields lead to make efficient Robots.

What is Artificial Intelligence?

Artificial intelligence is computer programmed machine which uses specific algorithms and procedures to perform a specific task or work. This programmed machine gets input automatically and applies the same according to the program. These machines operate on computer stimulation and their inputs are in the shape of symbols and rules. Specific software algorithms are used in machines which use artificial intelligence technology.

The term “Robot” was firstly used in 1923 and after then till now it has made epic advancement in various fields of life.

A man made machine having intelligent capabilities and acts with minimal intervention of humans. Today’s Artificial intelligence techniques are used in Robots to introduce flexibility and learning capability in previously unbending applications. When these two fields work together Robots become smarter, more accurate and more profitable with the help of computer science. They operate in real physical world.

Robotics is the branch of artificial intelligent technology which is the combination of different fields like mechanical engineering, electrical engineering and computer science. This branch deals with the creation and managing of mechanical humans. Robotics develops machines which have the abilities like humans and perform replication of human’s work.

In Robots, there are number of components which are constructed to works together.

Application of AI in Robotics

Robots learn from machine learning and artificial intelligent platform which is given and there is much concern about these robots that these machines will replace the humans and humans will be washed-out from their jobs. New opportunities can be made to increase the productivity by different companies using Artificial intelligence in Robots. These Robots can make work safer and valuable time can be saved through these technological applications.

There are some main fields where the Robots are playing more vital role.

Robots are used in industries as an important individual organ which plays a vital role in productivity to perform an assigned task and whole process is being managed by these artificial intelligence machines.

The World has been entered in technological zone. During war, there are number of technological weapons which are used by developed countries for their defense.

Robots are very important in this regards for the development of artificial intelligence weapons having capability to remove life threatening objects in war field.

An Artificial intelligent Robot namely “Daksh” developed by “Defense Research and Development Organization (DRDO) and its functionality is to remove the life threatening objects in danger zone.

Many complicated operations like brain tumor etc. are being performed by the modern artificial intelligence Robots which shows the advancement in medical fields.

The field of aerospace with the aid of artificial intelligence discovers the hidden objects in this universe. The discovery of new planets, the working of satellites and sending modern aeronautical jets towards space to discover new things in space is not possible without artificial intelligence robotic technology. The satellites send real-time information for our use.

Video by NASA-Imagery from Pixabay

The danger to human life is reduced where the AI robots assist humans in the laboratories to perform sensitive scientific experiments. The scientific tests are performed by well managed mechanical machines to increase the efficiency and accuracy of results.

Role of AI in working of Robots

Mostly Robots are used commercially in different fields, where these machines are designed to perform specific automated tasks and functions. Robots use number of different applications according to the working behavior of task. A robot consists of moving parts and sensors but the artificial intelligence helps these parts and sensors in processing program environment. Artificial intelligence enables a robot to understand and do things on its own. Some of the applications are described below.

Robots have the ability to sense and respond by using Artificial intelligence technology. The functions are pre-programmed in Robots to identify objects. There are sensors, which are installed in Robots to detect rapidly and perform the task as it programmed.

The Robots sensors and machine learning technology have the ability to inspect elements with the help of artificial intelligence techniques and detect faults in the Robots.

Robots having Artificial intelligence technology are designed to optimize the work and perform more accuracy and reliability. Predictive capability and process optimization are the main features which are included in Robots but all this is not possible without AI. Though this technology in the Robots have the ability to improve the speed and time which plays vital role in any field or environment. For example working in a productive industry the Robots have technological awareness to predict and detect the problem in real time.

The first automated guided vehicle was introduced in 1953. After then the technologies have been rapidly growing and now a days these Robots have ability to move and perform any task given to these machines and overcome all the obstacles in any environment. For example if Robots encounter or detect any obstacle it will overcome all the obstacles by using AI technologies and perform that function after finding an alternative route, which is assigned to that machine. These machines can perform some of these functions

The Artificial intelligence Robots can perform tasks like human service agents where these machine can assist to the customers and answers their questions in different environments like airports, hotels, shops. 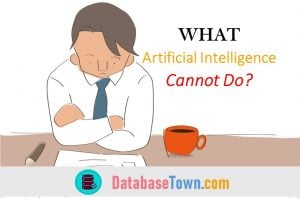 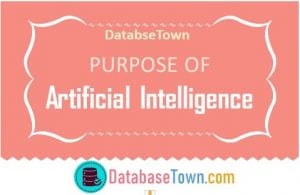 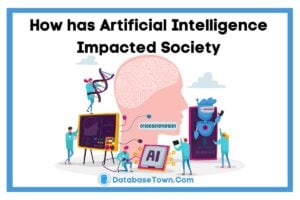 The impact of artificial intelligence (AI) on society is significant and wide-ranging. AI has the potential to improve productivity and… 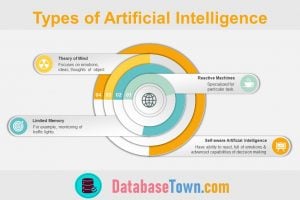 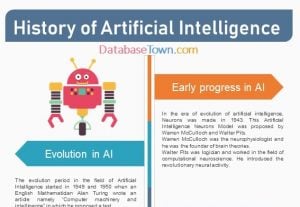